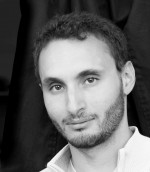 The South Asian monsoon is a unique weather pattern that brings important amounts of rain to the Indian subcontinent every year from June to September. Until quite recently it was taken for granted that the phenomenon was simply caused by a faster warming of the land with respect to surrounding sea during summer.

In the previously prevailing theory, it was thought that while warm air rises over the continent, moist air is dragged landward from the nearby Indian Ocean. This would trigger heavy rains. The monsoon was thought to be intensified by the Tibetan plateau, an area of 2.5 million square kilometers at an average altitude of 5,000 meters above sea level, that lies north of India. This large and elevated surface is warmer than the surrounding atmosphere at the same altitude, which would enhance the available heat across the region and ultimately the intensity of rains.

But our understanding of the monsoon has been reshaped significantly over the past decade.

In their 2010 Nature paper[1], Bill Boos and Zhiming Kuang re-evaluated the hypothesis that the Tibetan plateau intensifies the monsoon. They used a computer climate model to perform a simple but clever experiment. They removed the Tibetan plateau from their computer model, but they kept its southern edge in the form of a thin, high mountain range (essentially the Himalayas). The intensity of the monsoon they obtained was very close to that found with the full Tibetan plateau.

Hence, the large plateau and its heat source for the atmosphere is not what predominantly intensifies the monsoon. In contrast, they argued, the high mountains act as a barrier keeping cold polar air in the north and preventing it from flowing southwards and cooling down the Indian subcontinent. This makes the Indian subcontinent a stronger continental heat source, which may impact the degree of its monsoons.

By revising the role of the Tibetan plateau, this work contributed to correct the picture we have about the South Asian monsoon.